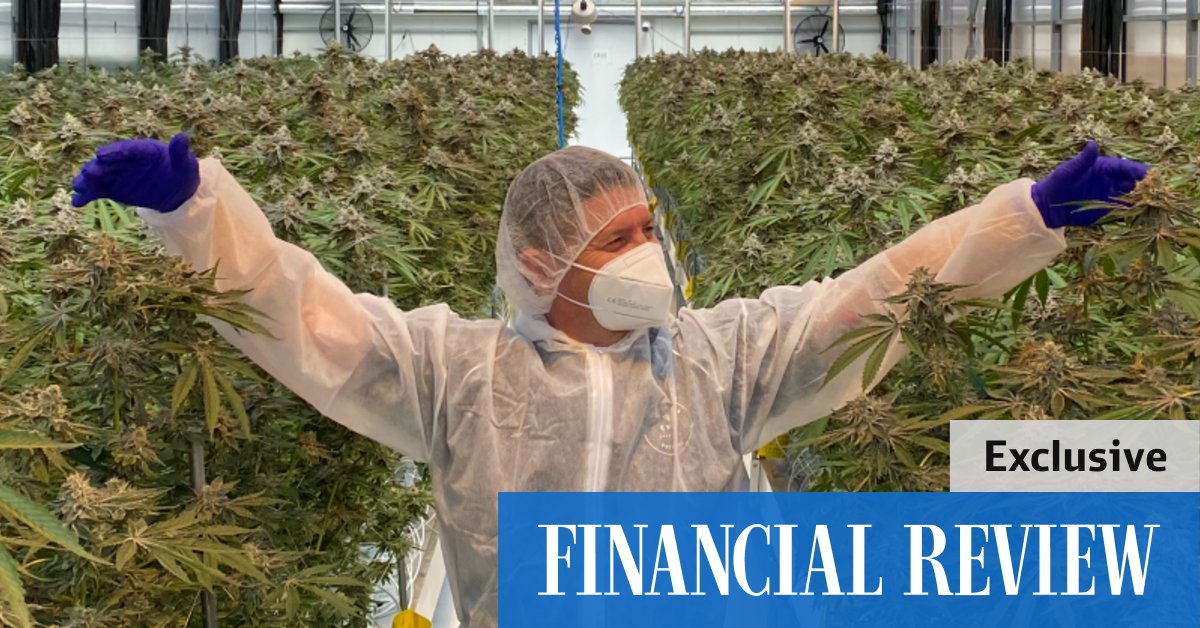 “We are the first local growers to crack the EU market, which currently receives the majority of imported products from Canada and The Netherlands.”

Without GACP certification, growers can only export oil or other secondary products in Germany.

Germany is the third-largest market for medical cannabis, behind the US and Canada.

The deal is a “three by three by three” deal, structured so that it’s up for renewal every three years, up to the nine-year mark. If it is renewed on both occasions, which Mr Cantelo expects it will be, it will be worth in the range of $92 million just for the cannabis flowers.

ANTG is also in the process of securing further contracts with Cannamedical Pharma for the exportation of oils.

“Both teams have worked extremely closely and hard the past two years to achieve this milestone,” Mr Henn said. “We are pleased to be the first brand in Germany to offer a continuous supply of Australian-grown, high-THC medicinal cannabis to all our 3000 pharmacy clients.”

ANTG is also poised to release NSW’s first locally cultivated and manufactured commercial medicinal cannabis extract in the coming weeks. This will come from its facility in Armidale.

The number of people being approved by the Therapeutic Goods Administration for access to unapproved medical cannabis has soared in the last six months, going from between 3000 and 4000 per month this time last year to about 6000. Simultaneously, the cost of medical cannabis has dropped, costing about 25 per cent of what it did in 2017.

This, Mr Cantelo said, was proof the momentum behind medical cannabis was accelerating and starting to catch up to the industry’s expectations.

As well as selling its products in Australia and exporting to Germany, ANTG acquired a Californian business in 2017, which allowed it to cut its teeth in cultivating and manufacturing medical cannabis products.

The revenue generated from its sales in the US, its exporting deal to Germany and soon Australia, is used to support the company’s research efforts.

The company has been conducting pre-clinical lab studies on the effect of THC (the psychoactive ingredient in cannabis) on acute myeloid leukemia (AML) and brain cancers. It is about to begin a pre-clinical animal study using rats, looking at AML, and later this year Mr Cantelo is hopeful of beginning its first human clinical trial.

“The cancer work will be ongoing for years and if we have success in the rat studies, it’ll take a large project to move into humans,” he said.

“We have also partnered with the Western Sydney University and we’re embarking on a research project with them for dementia and that will be extensive over the course of two years, but we’ll see [some] results by mid to late this year.”

To date, the company has been bootstrapped, but Mr Cantelo is considering external funding options, anticipating that ANTG will have to scale up its production in the coming years as demand continues to increase.

“This has the potential to create jobs and boost economic growth in Australia as we look to new and different export channels,” he said.

“In the next 12 months, we are projecting strong growth in the medicinal cannabis industry, both domestically and in the export market.”