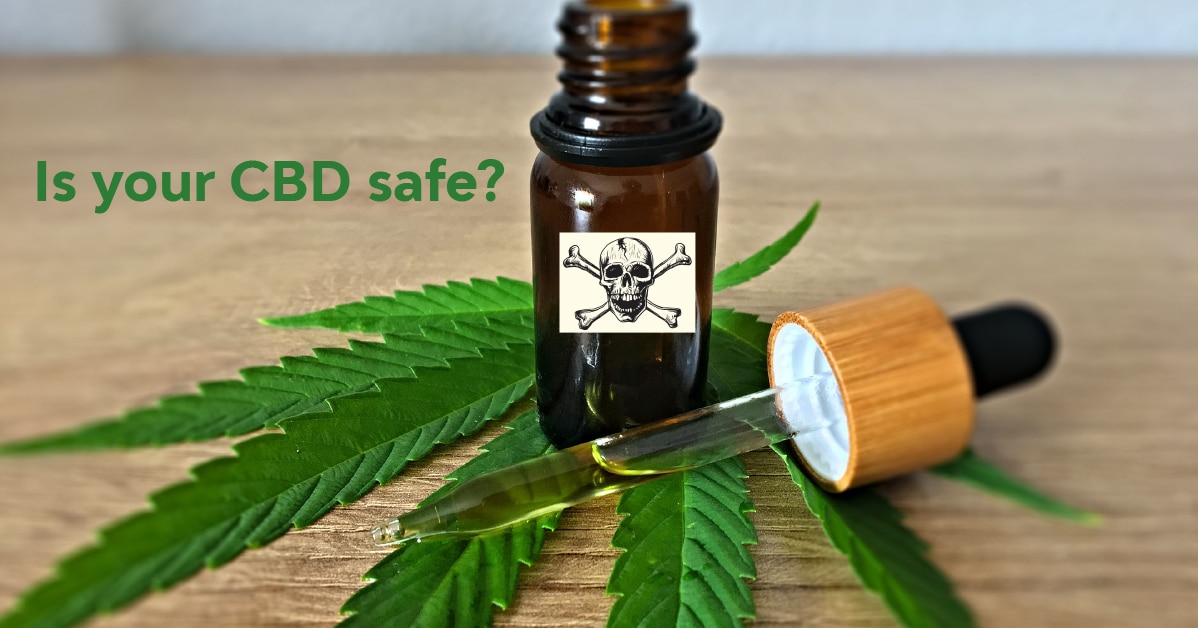 According to the findings of a new study which reviewed a total of 300 online cannabidiol (CBD) sellers, 98% of them were non-compliant with regulations in at least one category. The study was carried out by the compliance firm LegitScript, and also reported that several merchants were selling products which made fraudulent claims, with one product containing toxic levels of lead. The report indicated that approximately 45% of products sold included false claims that their CBD products can treat diseases such as Alzheimer’s disease, cancer and clinical depression.

CBD is one of 113 plant molecules called phytocannabinoids identified in the cannabis plant, but unlike THC, it does not have psychoactive properties and its use does not result in mind-altering effects. Recently, CBD has gained a lot of attention due to its beneficial medicinal properties, including its anxiolytic, analgesic and anti-inflammatory effects.

Statistics Canada has reported that only approximately one-third of cannabis product users claimed to have purchased them from government-sanctioned retailers, indicating that the majority of Canadians are purchasing cannabis products from illegal sources, such as dealers, as well as unlicensed and online dispensaries.

“We thought we would see some problems but the notion that 49 out of 50 of these online sellers are not compliant is really troubling… It’s very much caveat emptor right now.”

The study results published by LegitScript demonstrate that out of 30 CBD products appearing near the top of the search results on merchant websites, two-thirds contained significantly more or less CBD than advertised, with 9 CBD products containing less than 50% of advertised CBD content.  Moreover, one tested product contained only 1% of the CBD amount claimed.

“Consumers have shown a strong demand for legal CBD-dominant cannabis products,” Amanda Winton, of the Ontario Cannabis Store (OCS), told the Toronto Sun. The OCS website currently warns customers about “unknown, undesirable ingredients” often present in illegal CBD to encourage cannabis users to purchase products from government-approved sources. Since cannabis legalization in October 2018, the search terms “CBD” and “CBD Oils” have been the most commonly searched keywords on the OCS website.

The OCS also states that products sold by licensed retailers have been subject to rigorous testing, with the label accurately reflecting the product contents. Moreover, according to the OCS website, it is imperative that products meet safety standards, since many consumers purchase them for their reported health benefits.

Is it safe to drive on CBD? Scientists are worried about 1 side effect – Inverse