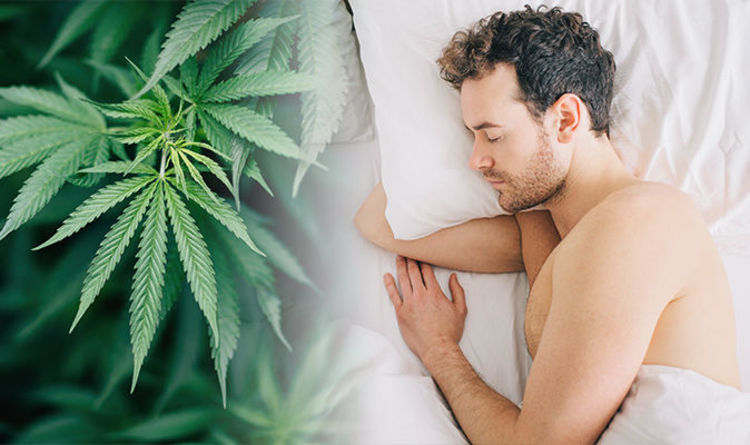 CBD, also known as cannabidiol, has been found to have a wide variety of medicinal effects. After being made available on the high street late last year its popularity has skyrocketed. Cannabis Trades Association UK recorded the number of people using CBD in Britain rising from 125,000 to 250,000 in the past 12 months.

CBD comes from the cannabis plant but doesn’t hold any pyschoactive properties – THC (tetrahydrocannabinol), a cannabinoid like CBD, is the principle psychoactive constituent of cannabis.

Instead, it’s becoming more widely recognised for its calming and relaxing effect on the body, proving particularly useful for problems including anxiety and getting peaceful sleep.

Marcus Cordery, co-founder of Kanaco, explained: “The human body produces its own internal cannibinoids that form part of what’s known as the endocannabinoid system. The endocannabinoid system is involved in regulating a range of physiological and cognitive processes, such as fertility, appetite, pain sensation, mood and memory.

“Cannabinoids interact with our bodies via the body’s endocannabinoid system. The endogenous cannabinoids act as messengers between cells to help regulate mood, energy and pain.

“The cannabinoids present in the cannabis plant act to stimulate or restrict the uptake of endocannabinoids. This amplifies or dampens the natural processes in our bodies.

“There has been lots of promising studies of CBD demonstrated in scientific research but scientists have only really just begun to explore its full potential.

“Getting your head around CBD can be overwhelming, there are many companies selling low-quality oils without caring about the customer’s needs. We started searching, sourcing and sampling CBD from around the world. We hand selected the best quality oils, capsules, edibles and flowers in the industry.

“I have a lot of customers using CBD capsules to aid sleep. They say it gives them a calming and relaxed feeling and helps promote peaceful sleep.

“Besides the main cannabinoids CBD and THC there are over 80 other cannabinoids present in the cannabis plant. Each one interacts with the body in a unique way and research has only just begun into how they can promote health and wellness.”

With research around CBD still being in the early stages, Dr Andrew Thornber, chief medical officer at Now Patient, offered his recommendation for taking CBD for sleep.

He said: “There is research and statistics to show that taking CBD capsules can aid sleep. However, everyone is different, so what works for one person, may not work for another (depending on personal circumstances/symptoms). It isn’t prescribed by GPs at present, so anyone buying this product should proceed with caution.”

What is the difference between CBD capsules and CBD oil?

Nutritionist Cassandra Barns told Express.co.uk: “There are several differences between hemp capsules on the market and CBD oil. First, let’s note that cannabidiol or CBD is just one of the phytocannabinoids – the primary active compounds – in cannabis sativa (hemp).

“Whereas most CBD oils focus solely on cannabidiol, there are hemp capsules that instead contain a full range of the active phytocannabinoids in hemp. This gives it the potential to have a more synergistic effect in the body – i.e. all the compounds working together.”

She said: “CBD oil can have an acquired taste that can put some people off, and oils or drops can be more difficult to remember to take regularly compared to capsules.”

Some Britons have claimed CBD can help treat cancer. But what do experts say about ti treating the disease?

Cancer charity Macmillan said it is still unclear whether using cannabis has any anti-cancer effects. But there is some evidence that the chemicals in cannabis might help with symptoms such as nausea and pain.

It adds: “For example, some drugs that have been developed using the chemicals in cannabis have been effective in treating sickness caused by chemotherapy, or improving a person’s appetite.

“But these studies have had mixed results when used in clinical trials. Because of the mixed results, the general feeling of experts is that there needs to be more research into the chemicals found in cannabis and their possible benefit.”

Anyone considering using cannabis oil as a treatment for cancer or other health conditions should first consult their GP.