You know those days when you feel stressed for no reason? Yeah, those happen to me a lot. And when all the deep breathing and positive thinking I can muster still leave me with that flustered feeling, people have recommended I test out the benefits of CBD to see if that would help.

My usual reaction: Nah. The skeptic in me has always questioned whether the stuff is more than just wellness snake oil. Add in the perceived association between CBD and marijuana, and that’s been plenty of reason for me to pass on any potential benefits of CBD.

But after a particularly stressful season of life (ya know, 2020) and the opportunity to chat with Healist™ Naturals co-founder Michael Bryce, I have to admit I became intrigued enough to give it a try for the first time.

Why the sudden change of heart? Partly because Bryce reassured me that I wasn’t the only one turned off by some of the misconceptions around CBD, and as he addressed each one of my preconceived notions (with some pretty legit explanations), I was finally tempted to try it. Here’s what happened when I did.

Keep reading for intel on some common misconceptions on the benefits of CBD, plus how I felt after I started taking it. 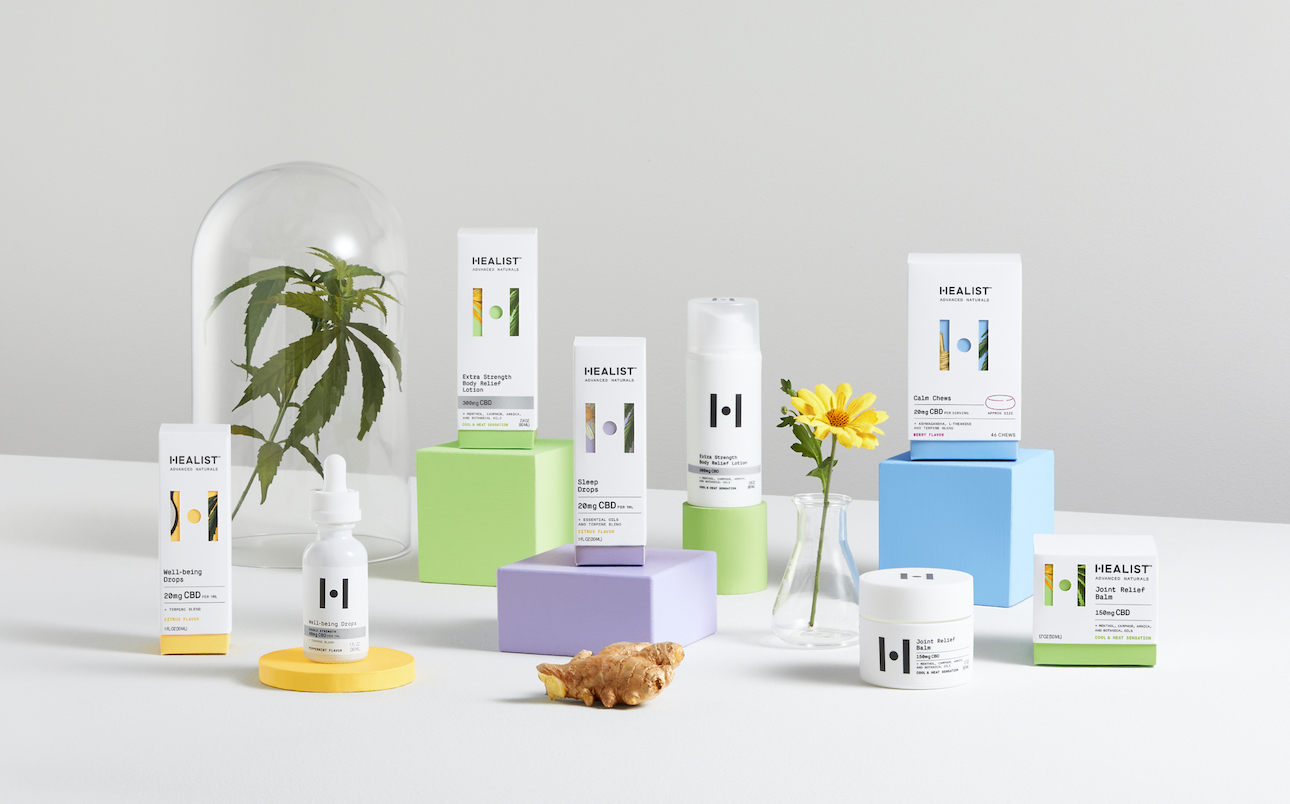 Misconception 1: It’s going to get you high

PSA: It doesn’t. Now, based on my prior (albeit limited) knowledge of CBD, I did already know this one to be true. However, I always wondered just how far removed from straight up marijuana a CBD supplement was.

Bryce cleared up my confusion by explaining the difference between broad spectrum and full spectrum CBD. Because Healist’s tinctures, topicals, and gummies use broad spectrum, hemp-derived CBD, they are certified to have 0.0 percent THC (the psychoactive stuff in marijuana that gets you high). Full spectrum CBD, on the other hand, can have up to 0.3 percent THC—which, fun fact, could actually show up on a drug test.

As for how it made me feel? Per Bryce’s recommendation, I started out by taking a half dose of Healist’s Double Strength Calm Drops under my tongue each morning (when my anxieties first start creeping in for the day), and worked my way up to the full dropper.

The peppermint flavor smelled amazing, but on the first few days of my trial, I didn’t notice much. But, Bryce said CBD can have a cumulative effect as it builds up in your body, so that seemed expected.

On about day four, once I was taking all 40 milligrams of CBD at once, I started to feel the effects. It wasn’t like an automatic chill pill—more like a total-body deep breath that allowed me to move through my day more productively, without my anxieties gnawing at me. Oh, and there was definitely no high feeling to speak of.

Misconception 2: It doesn’t actually do anything

Before trying Healist, I fully fell into this camp. I was a major CBD doubter, which is why I found it so interesting that Healist puts a lot of effort into showing its products are worth their salt.

Every product is triple lab tested for purity and potency, which means it’s thoroughly examined at three different phases of formulation to make sure it does what it says it’s going to do. As Bryce puts it, there’s no “fairy dust” in Healist formulas, just active-level natural ingredients to help with relaxation.

To put those effects to the test (yes, another test), Healist conducted a blind trial of over 100 people. Ninety-six percent of them agreed the Calm Drops made them feel more calm, and 95 percent agreed they helped improve their feelings of stress and anxiety. And if it worked for those people, I started to feel more confident it would work for me.

Another pro tip from Bryce: If you don’t feel like CBD is working for you, either up your dose (every body metabolizes it differently) or try a more reputable source. “There are a lot of unregulated CBD products that don’t tell you what’s really in them,” he says. “It’s like a minefield trying to find quality products. If there’s not a lab test given on the product, don’t take it.”

Misconception 3: It could have negative side effects

Aside from the concern some people have that they’ll experience the negative side effects that can accompany THC use (which, again, Healist does not contain), Bryce told me people are often hesitant to try CBD because of the unknowns on how their bodies might react.

To allay that fear, Bryce points to the comparison between melatonin and CBD for sleep. “Melatonin is a synthetic, which hijacks your body instead of works with it,” Bryce says. CBD supports your body’s ability to produce melatonin naturally, whereas melatonin supplements flood your body with a synthetic version of the sleep hormone, which might throw off your sleep cycle. That’s why people often feel groggy in the morning after taking melatonin, Bryce says.

Personally, I typically don’t have any trouble sleeping (I’m usually out cold about 30 seconds after my head hits the pillow), but the stresses of the past few months have definitely taken their toll on my sleep routine. This is where the benefits of CBD showed up for me big time. After a few nights of taking Healist Double Strength Sleep Drops, there was a noticeable difference in my sleep quality. I stopped waking up multiple times during the night, and woke up in the morning feeling like I had slept more deeply.

I truly wasn’t expecting such a tangible effect from taking CBD (my expectations were moderate, at best), but the way it affected my sleep and stress levels made me a believer that maybe those “stressed for no reason” days don’t have to happen quite as often.

Want to check out the benefits of CBD in your own routine? Click here to snag your *free* Discovery Drops so you can try out Sleep and Calm for yourself.

This article was paid for by Healist™ Naturals.  Any views expressed in this article by a third-party sponsor are those of such sponsor and do not necessarily represent the views of Well+Good.