Clinical trials show that people can receive the full medical benefits of marijuana without getting high, an Israeli company is claiming.

Many medical marijuana users struggle with the fact that the main pain-relieving substance in cannabis, tetrahydrocannabinol (THC), also has mind-changing qualities, meaning that relief from pain often involves a high that can interfere with everyday life.

Syqe Medical says it found that very low doses of the substance can deliver effective pain relief, while avoiding the high caused by the drug and possible other side effects.

“It’s about using the smallest amount of the drug to get the highest symptom relief, lowest side-effects and best quality of life,” said the company’s CEO Perry Davidson.

An effective micro-dose of THC, he said, has been shown to cause only a “minute” high and often none at all, Davidson said.

Some patients, with encouragement from their doctors, already take marijuana by so-called micro-dosing, but the method has been subject to limited research, and Davidson said that his study presents important evidence to show it is effective, while taking an important step towards determining precise dose-levels. 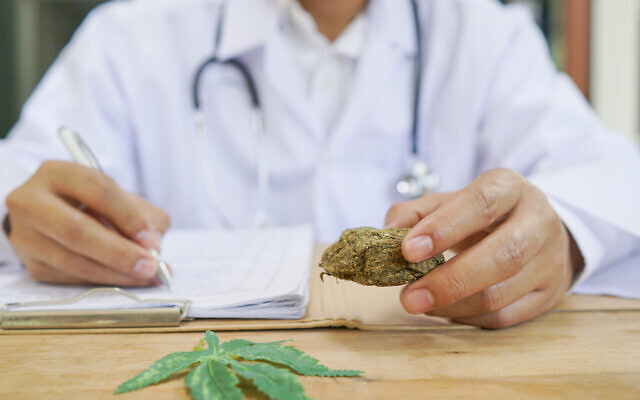 Despite the growing popularity of medical marijuana, doctors’ prescriptions are relatively imprecise.

Prof. Victor Novack of Soroka Medical Center, who is not connected to the Syqe Medical research, told The Times of Israel: “When we start treating someone, we often don’t know where it will end up.”

Technologies like sprays and inhalers are catching on, but patients often work out how much of the drug to take through trial and error. Many doctors still prescribe cannabis by the gram for patients to smoke, without clear guidance on optimal doses. And if they have an idea of how much THC they want patients to receive, they have no way of knowing the exact quantity of the compound that is absorbed by the body for each gram of cannabis smoked as that varies from person to person. 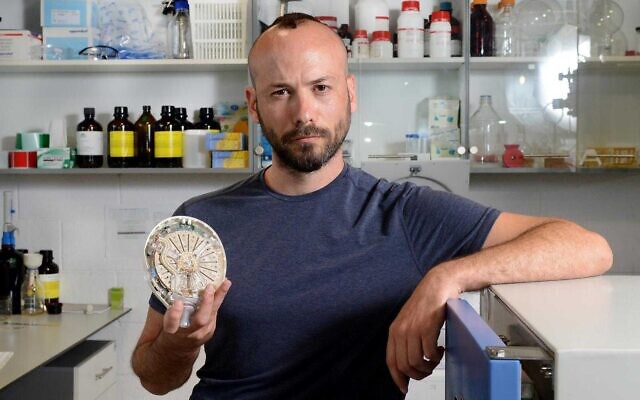 Syqe conducted the research because the company makes an inhaler that can be programmed to dose THC in micrograms, with what it says is unique precision — and claims that the results point to the usefulness of this technology. Davidson said: “We’re moving, for the first time, towards being able to give physicians detailed information on the actual dose that they should be prescribing, and enabling them to be sure that the desired amount is actually reaching the patient’s body.”

The most powerful painkilling aspect of marijuana is THC, which is also the main psychoactive compound. So while CBD, a cannabis compound that is widely considered to lack mind-altering qualities, is taken by some people as a painkiller and stress reliever, the most serious patients are recommended to take a THC compound or smoke cannabis, despite the side-effects.

Medical marijuana patients often consume a single gram of cannabis or more per day, and it would normally have about 15 percent THC content. It’s not known how many of the 150,000 micrograms of THC in one gram of cannabis would be absorbed by the patient, but Davidson said it would be many times higher than the dose found in his study.

In Syqe’s research, conducted at Rambam Health Care Campus in Haifa and published in the European Journal of Pain, patients were found to respond best to a dose of just 500 micrograms. 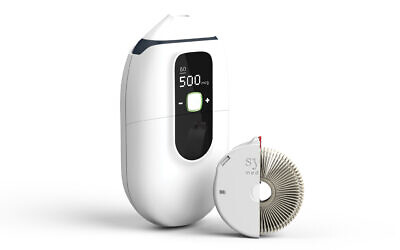 The lead researcher, Prof. Elon Eisenberg, dean of the Faculty of Medicine at the Technion-Israel Institute of Technology, said: “We can conclude from the study results that low doses of cannabis may provide desirable effects while avoiding cognitive debilitation, significantly contributing to daily functioning, quality of life, and safety of the patient.” 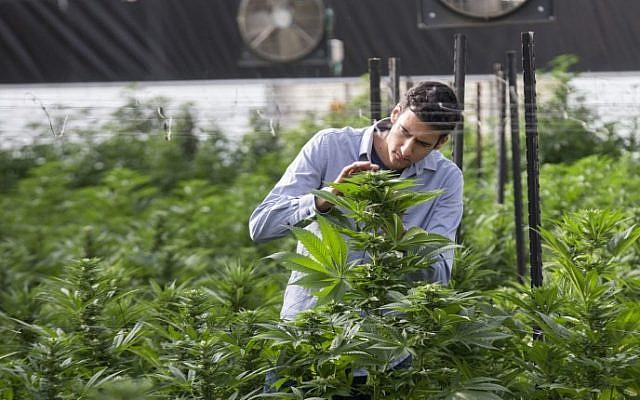 Davidson said that the study points to the effectiveness of his company’s inhaler. “The key is that we’re avoiding side effects. As the THC dose is increased, the common side effects of cannabis are manifested: psycho-activity — the high — drowsiness, and subsequently the need to increase the dose to attempt to maintain the desired effects.”

Novack thinks that research on dosing is welcome, and believes the new study is “a useful contribution to the field.” However, he noted that the nature of the drug’s pain relief will always require more individualized dosing than many standard medications. This may limit the relevance of recommended doses, and mean that while micro-dosing may help some patients, he suspects that “many people will require higher doses.”