Shop owners are seeing booming sales of CBD products in the Southwark but a King’s academic advises to be wary of some health claims.

Sales of legal cannabis product CBD are booming across Southwark, but despite growing consumer curiosity, users are advised to be wary of unproven health claims, writes Josh Mellor…

Vape store owners in Southwark are seeing increasing sales and interest in CBD oils and e-liquids due to its rising profile in the media and claims of its health benefits.

Cannabidiol, also referred to as CBD, is a non-intoxicating compound found in cannabis that does not contain the THC that gets users ‘high’. As a result, cannabidiol is legal to buy in the UK.

Confusion remains over the legal status of CBD products. Last week, a Brighton restaurant that serves cannabidiol-infused food was raided by the police for selling the unprocessed ‘flower’ or ‘bud’ form of the plant that can be smoked.

Claims of CBD’s health benefits include its supposed ability to reduce anxiety and depression, restrict cancer growth or lower inflammation.

King’s College London psychopharmacology researcher Amir Englund said studies have shown good results in using CBD to treat certain types of epilepsy and schizophrenia but emphasised that people should always consult their doctor if they are on medication as it could interfere with what they are already they are taking.

Dr Englund said: “Replacing medication with CBD oils is a very bad idea, most products are also lower strength than those in medical tests that showed positive results.

“There is no regulation at all of CBD products, some companies offer test results if you want to check their lab tests but others don’t.”

Dr Englund explained that CBD studies have shown good results treating certain types of epilepsy and schizophrenia, but so far there have only been experimental studies on using it to treat anxiety.

Shop owners in the borough are allowed to sell CBD vape liquid as long as lab tests show it contains less than 0.02 per cent THC.

Despite the lack of clarity over its exact health benefits, entrepreneurs in the borough are seeing a clear growth in popularity.

Owner of Peckham Vape Superstore Ed Swain said: “It’s more and more popular, over the last three months in particular we’ve seen sales increase, we only sell a small selection of products, but the vape liquids we sell are very popular.

“There’s been a lot of mainstream press about CBD from anywhere like BBC news reports on children with epilepsy, the public have heard the word a lot so it’s becoming a more mainstream product.”

Holly, who lives in Southwark and imports CBD to sell under her brand, HK Hemp, became interested in the product due to her epilepsy and anxiety. “I had been using CBD to reduce my intake of pharmaceuticals, which was an array of products,” she said.

“I take it just to function, I’ve seen huge improvement in my quality of life.” 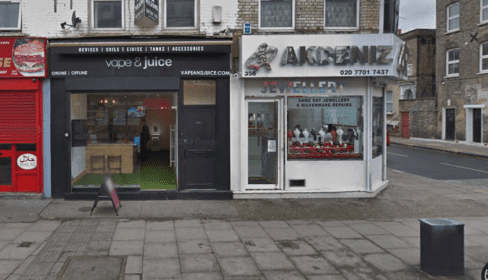 Vape and Juice co-owner Steve Coakley agreed CBD products were taking the market by storm and he suggested wellness isn’t the only reason for customer interest.

“There’s a very relaxing element, cannabis smokers buy it as they don’t want to get stoned, as it doesn’t have a psychoactive effect.”

But with a new product that customers are unfamiliar with, how can customers be sure what’s being sold is genuine?

“To assure quality we get it from reputable companies and it’s lab tested.

“When buying products we need lab results to make sure we’re getting what it says it is, if it’s not tested it’s not fit for sale.”

According to Dr Englund, the crux is that most oils are much lower potency than those that used in studies and that oral intake has a very low absorption rate.

“Most CBD products are too weak to reduce anxiety but that’s not to say that they don’t have a placebo effect due to the excitement and the fact that buzzwords such as ‘natural’ and ‘organic’ are used around it a lot, no one should underestimate the power of a placebo.”

Dr Englund also warned of its effect on drug tests: “There are THC trace amounts but this is too low to get you high, however THC is fat soluble so it can build up to a degree where urine drug tests show positive for cannabis use.”

“Some products even have 0 per cent CBD in them, you’ll pay for it because it has letters on the outside but there’s nothing actually in it.”

But CBD can legally be sold in a variety of forms, such as a ‘food supplement’ in Holland and Barrett, or as an e-liquid to smoke in a vape. 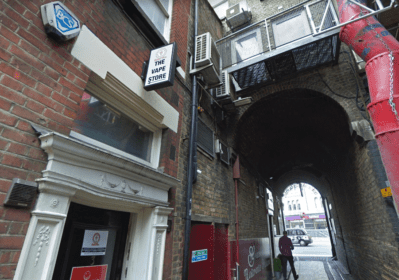 Gino, owner of London Bridge vape shop ‘Shisha Vibe’, said that enquiries have gone up 200 per cent since last year but is cautious with his language when selling it.

“Nobody can make formal claims, it’s so hard to give information, we need clarity to move the industry forward so users can know what they can achieve out of it, the issue behind that is that products need testing.”

He began stocking the CBD products after a curious customer asked about it, and relies on customer feedback to advise buyers what product they might want.

“I have a moral duty to customers concerned about their health, I took slow steps to understand what it does and always grill customers when they return.

“I ask lots of questions, we can’t make any claims but we are diligent through customer feedback.”

Ed Swain of Vape Superstore agrees with the Government’s cautious approach: “The real grey area in the UK is that because it’s seen as a food supplement you’re unable to go down this authority health route of saying this will help with this condition.

“In my perspective that’s kind of the right approach because there’s more testing to be done, there’s more understanding needed of the benefits of CBD generally to wellbeing and health, but there is a little grey area about what you can and can’t do.

“Legality wise, as long as it’s not 0.02 per cent THC then you can sell it, that’s the legality.”

To those who are unconvinced, Holly of HK Hemp offered some final words: “It’s nothing to be afraid of, nothing illegal, nothing illicit, it’s similar to cannabis, obviously from the same family but it’s industrial hemp and a completely different product.

“The companies themselves can’t make any medical claims but I would say go and do your research.”