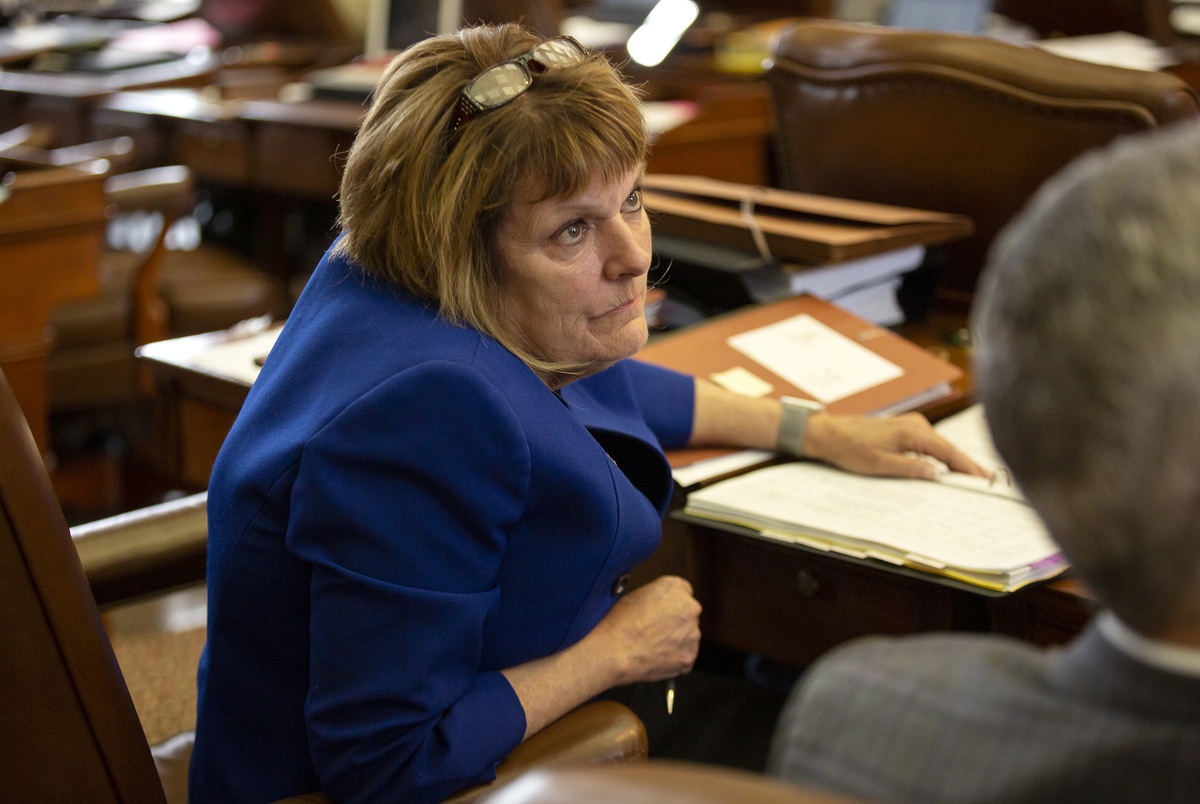 Four years after state Rep. Stephanie Klick authored legislation that legalized the sale of medical cannabis oil to Texans suffering from intractable epilepsy, the House gave tentative approval Tuesday to a bill by the Fort Worth Republican that would expand the list of patients eligible for the medicine.

House Bill 3703 would add multiple sclerosis, epilepsy and spasticity to the list of debilitating medical conditions that qualify for cannabis oil.

Her bill would also allow the state’s three dispensaries that are eligible to grow and distribute the medicine to open other locations if the Texas Department of Public Safety determines more are needed to meet patients’ needs. And the legislation calls for a research program to assess how effective cannabis is as a medical treatment option for various conditions.

The lower chamber gave preliminary approval to the legislation in a voice vote. It will still need a final stamp of approval in the House before it can head to the Senate for consideration.

“I have seen the benefits of expanding the condition list,” Klick told other lawmakers on the floor Tuesday.

“Is there any reason you excluded autism?” Beckley asked Klick.

“The data is really not there,” Klick responded.

On Tuesday, the Texas House gave final approval in a 128-20 vote to Lucio’s bill, which would let people with Alzheimer’s, Crohn’s disease, muscular dystrophy, post-traumatic stress disorder, autism and a bevy of other illnesses qualify for the medicine.

Lucio’s bill would also increase from three to 12 the number of dispensaries the Texas Department of Public Safety can authorize to begin growing and distributing the product and would authorize the implementation of cannabis testing facilities to analyze the content, safety and potency of medical cannabis.

The Compassionate Use Act, authored by Klick in 2015, legalized products containing high levels of CBD, a non-euphoric component of marijuana, and low levels of THC, the psychoactive element in marijuana, for Texans with intractable epilepsy whose symptoms have not responded to federally approved medication.

Under the law, Texans with intractable epilepsy only qualify for the oil if they’ve tried two FDA-approved drugs and found them to be ineffective. Patients also must be permanent state residents and get approval from two specialized neurologists listed on the Compassionate Use Registry of Texas.

Klick successfully added an amendment to her bill Tuesday saying the second doctor only needed to be a licensed physician, rather than a specialized neurologist.

Unlike Klick’s bill, Lucio’s strikes the residency requirement and says those wanting to try the medicine only need approval of one neurologist from the registry and a second physician who must be licensed in the state of Texas and have “adequate medical knowledge” in order to render a second opinion.

Despite the changes to the legislation, the passage of Klick’s bill is significant for the Texas House: It’s now the third time this legislative session the lower chamber has approved measures to relax the state’s marijuana laws. But like other marijuana bills that have passed the Texas House, hurdles remain in the more conservative Senate.

Lt. Gov. Dan Patrick has already drawn a line in the sand on a bill to lessen the criminal penalties for Texans found with small amounts of marijuana.

Two medical expansion bills in the upper chamber by state Sens. Donna Campbell, R-New Braunfels, and José Menéndez, D-San Antonio, have yet to get a committee hearing. And in a previous statement to The Texas Tribune, Patrick spokesperson Alejandro Garcia said the lieutenant governor “remains wary of the various medicinal use proposals that could become a vehicle for expanding access to this drug.”

But expanding the Compassionate Use Act has drawn the support of some politically powerful players since the last legislative session. In March, a new group lobbying for medical marijuana, Texans for Expanded Access to Medical Marijuana, emerged and has players with some serious clout in the Capitol — including Allen Blakemore, a top political consultant for Patrick.

The Republican Party of Texas also approved a plank last year asking the Legislature to “improve the 2015 Compassionate Use Act to allow doctors to determine the appropriate use of cannabis to certified patients.

Several marijuana advocacy groups lauded the passage of both Klick’s and Lucio’s bills.

Disclosure: Allen Blakemore has been a financial supporter of The Texas Tribune, a nonprofit, nonpartisan news organization that is funded in part by donations from members, foundations and corporate sponsors. Financial supporters play no role in the Tribune’s journalism. Find a complete list of them here.