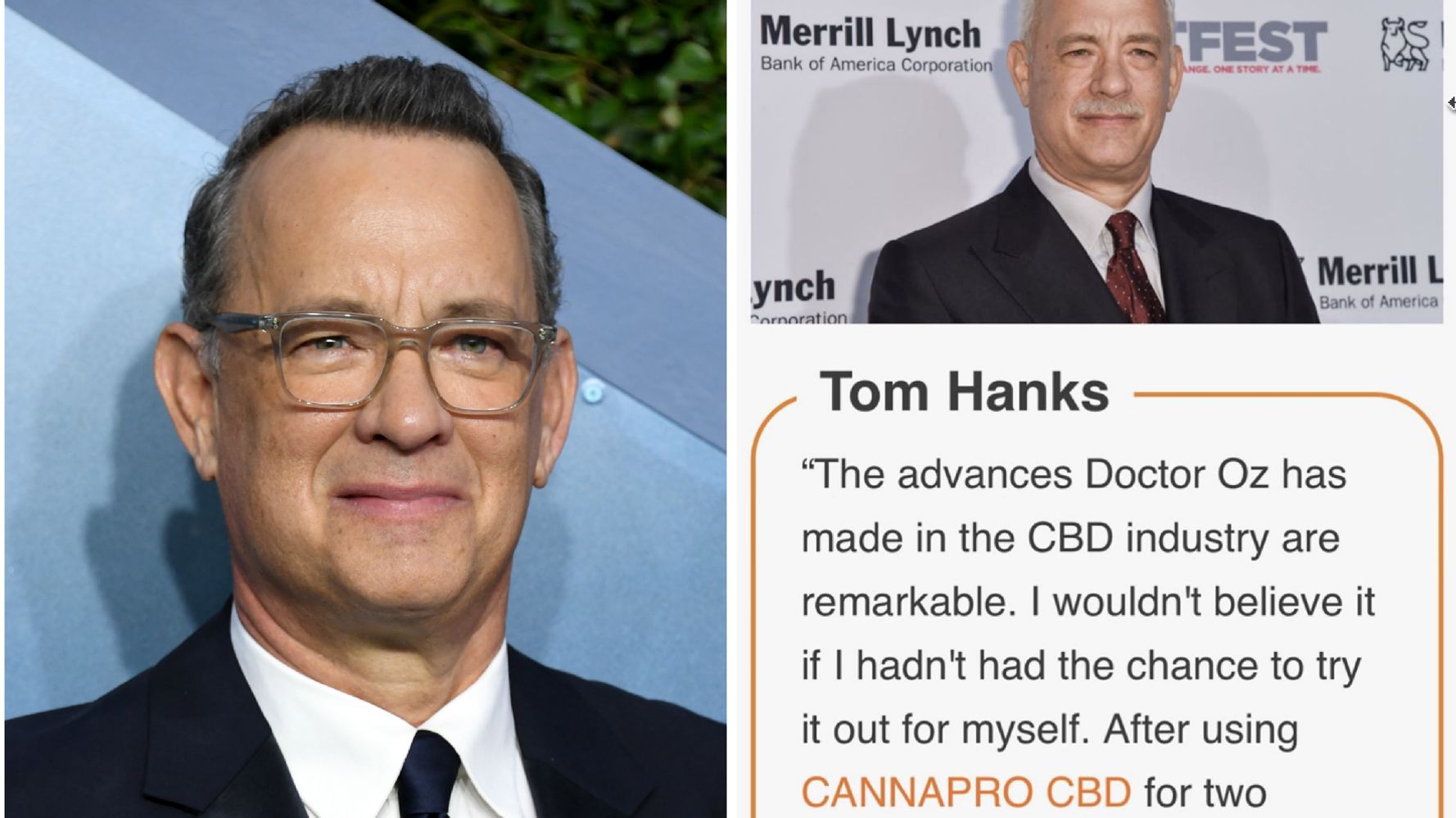 No, Tom Hanks isn’t hawking CBD oil on the side of his illustrious film career.

The actor posted an Instagram message on Tuesday slamming an advertisement featuring his photograph and falsely claiming he endorses a cannabidiol product made by a company called CannaPro.

“The advances Dr. Oz has made in the CBD industry are remarkable. I wouldn’t believe it if I hadn’t had the chance to try it out for myself. After using CannaPro CBD for two weeks I was already feeling like a new me,” reads the ad.

The “A Beautiful Day In The Neighborhood” star posted an image of the ad and called it a “false and intentional hoax.”

“I’ve never said this and would never make such an endorsement. Come on, man! Hanx!” Hanks wrote.

Hanks’ post received thousands of comments, many of which supported him for calling out the bogus celebrity endorsement.

Katie Couric even commented that she had something similar happen to her: “Yes and I never endorsed any wrinkle cream although I could probably use some,” she wrote.

Dr. Oz also tweeted in response to Hanks, saying the advertisement is “fake and misleading.” He said he was not “involved with any cannabis companies.”

Could not agree more with @tomhanks. This is a fake and misleading advertisement intended to take advantage of consumers using false claims and our likenesses illegally. I am not involved with any cannabis companies. https://t.co/oQSrTg79aO