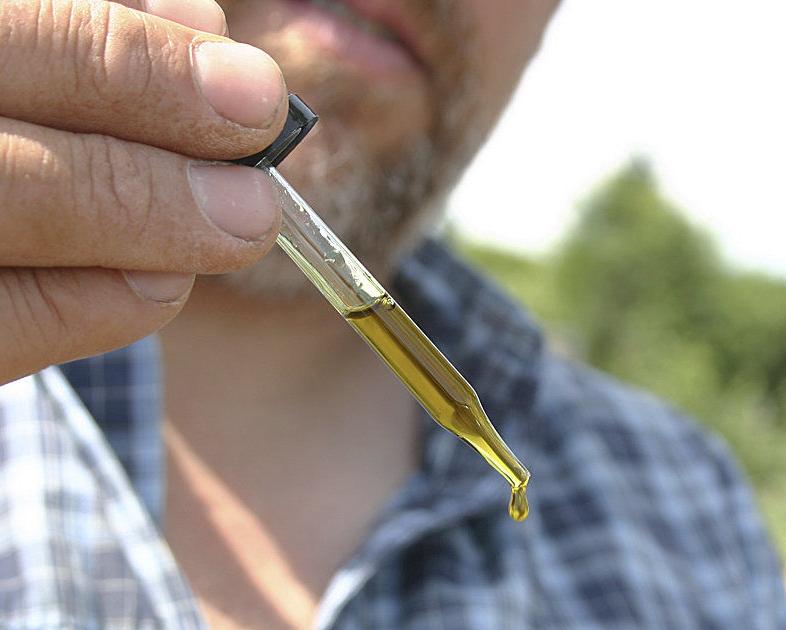 Washington’s licensed food processors could lose points off inspection scores if caught adding cannabidiol to their products, state regulators say, adding that hemp’s hottest product has not been approved as an ingredient by the Food and Drug Administration.

The ban on making CBD-infused food and beverages likely will affect only a handful of the couple thousand food processors inspected by the state Department of Agriculture’s food-safety division, officials said Monday.

CBD is a drug ostensibly regulated by the FDA, even though demand for CBD candy, honey, beverages and other edibles is helping drive the hemp boom. The department does not plan to raid stores.

“We understand the cat’s out of the bag,” said Steve Fuller, the department’s assistant director for food safety. “However, people want to know what’s legal. We need to clarify that for people.”

The department’s policy also prohibits food warehouses licensed by the agriculture department from distributing CBD-infused food and drink to in-state retailers. The products can be sent out-of-state.

“We’re not regulating interstate commerce, but we are regulating distribution within the state of Washington,” Fuller said.

She said she doesn’t know of any hemp processor who will be affected and that she expects the FDA and USDA to soon announce federal rules that will clarify CBD’s status.

Washington has 86 hemp processors licensed by the agriculture department’s Commodity Inspection Division, not the food-safety division.

The commodity division is inspecting hemp farms, but doesn’t plan on inspecting hemp processors unless it receives a complaint, the division’s head, Jessica Allenton, said.

A food processor or warehouse inspected by the food-safety division must score at least 90 out of 100 to pass. Using or distributing CBD likely will knock a “couple points” off the score,  David Smith, the food-safety program manager, said.

The 2018 Farm Bill removed hemp from the federal controlled substances list. The hemp industry, however, continues to operate in gray areas.

Oregon law allows any hemp product, including CBD, to be added to food. More-cautious Washington lawmakers, however, have chosen to follow the FDA’s lead.

The FDA last year approved CBD as the active ingredient in the drug Epidiolex to treat seizures associated with two rare and severe forms of epilepsy.

Active ingredients in drugs can’t be added to food or animal feed sold across state lines, according to the FDA, therefore the interstate trafficking of CBD-infused products is illegal.

The FDA has been taking public comments on whether it should allow more uses of CBD.

“If the FDA approves food ingredient uses for hemp extracts like CBD, those uses would be allowed under state law,” according to a policy statement from the Washington Department of Agriculture.

CBD is a chemical component of cannabis. CBD does not intoxicate, but trials leading to the approval of Epidiolex found side effects such as lethargy, mild liver damage and depression, according to the FDA.

Hemp seeds, or grain, can be used in food. The FDA has recognized that ingredient as safe.